Check out our blog post on  LGBTQ+ History Month here

LGBTQ is an acronym that consists of both sexualities and genders (lesbian, gay, bisexual, transgender and queer).

A person’s sexuality does not determine their gender and vice versa.

Sexual Identity is about who we are romantically or sexually attracted to, whilst our gender identity is our psychological sex (how we feel and think of ourselves).

Our Sexuality might be heterosexual, lesbian, gay, bisexual, pansexual.

Whilst our Gender Identity might be male, female, non-binary, gender fluid, trans.

There are lots of different types of sexuality, below are some definitions which you may feel you relate to although this is not a complete list and more definitions can be found using the Childline link.

You can find more definitions of common terms to describe sexuality here.

Sexuality and sexual orientation is about who someone feels physically and emotionally attracted to. This can be romantic or emotional attraction, or both.

As we grow up it is natural for us to begin to explore our sexuality. we may start becoming more curious about sex or the changes that happen to our bodies during puberty. We may also begin to start dating and having relationships. Visit our Relationships page for more information and advice relating to this.

As we begin to explore relationships, many people may feel unsure about their sexuality. They may be unsure about who they are attracted to or find that their sexuality changes over time. This is all okay and if this is something you are experiencing it is good to talk to someone you trust about your feelings.

Our gender identity can include the image of our internal self, pronouns, how we chose to dress, wearing make-up and jewellery.

Non-Binary: people who don’t identify as male or female.

Transgender (Trans): a term for everybody whose gender differs from the sex/gender that they were assigned at birth.

Trans can feel split between their internal and external selves.

Our pronouns might be they/them, ze/hir, E/Em, she/her or he/him.

You can find some more information about pronouns here.

Have you ever questioned your Sexuality or your Gender identity?

We live in a heteronormative society, which mean there is an assumption that everyone is heterosexual.

So if you are not heterosexual and you are questioning your sexuality or your gender, it might leave you feeling isolated as you might not be able to talk to anyone.

‘Coming out’ may not be that easy; if you are not sure if or you know that this will be not accepted by family or friends.

The links below give advice about ‘coming out’.

Information and advice about coming out.

Information and advice about coming out.

A blog post about someone’s experience of coming out.

A document with coming out advice from Stonewall.

A document with advice for coming out from The Proud Trust. 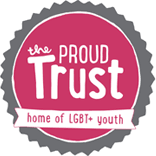 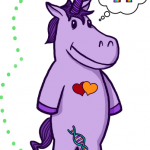 An infographic from TSER, which you can use to explore your gender identity. 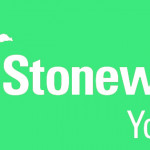 Support for gender-diverse children, young people and their families

Message boards where you can talk to other young people about sexuality and gender identity.

Advice for if you experiencing homophobic or transphobic bullying and abuse.